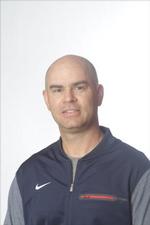 Paul Caddy completed his second season as head coach of the Huskies in 2021.

After spending 19 seasons at UConn as one of the top assistant coaches in the nation, Paul Caddy was officially named the fourth head coach in program history on September 2, 2020.

The Huskies went 12-2 in the spring of 2021 (moved from the fall due to Covid) and won the BIG EAST regular season and tournament titles in an unusual first season at the helm.

With a short turnaround and a gauntlet of a non-conference schedule, the Huskies finished the fall of 2021 with an 11-11 record and an RPI of 15 in the country. The team reached its 20th-straight BIG EAST Championship game.

Caddy spent 10 seasons as the associate head coach with the Huskies. His primary focuses were defense and player/team development, including technical and tactical advancements.

During his tenure, the Huskies have racked up 356 wins, averaging an impressive 18 wins per season.

The Huskies have raised three national championship trophies with Caddy on the sidelines with back-to-back titles in 2013 and 2014, followed by a perfect 23-0 season in 2017.

Caddy has had 14 players take home Big East Defensive Player of the Year honors, and had a streak of six-straight seasons with a Husky landing the award from 2014-19.

Caddy has extensive experience working with USA Field Hockey. He is a USA Field Hockey High Performance coach and has assisted with the U.S. U-16 and U-18 Women’s National Teams. He also served as an assistant for the senior roster during a 4 Nations Tour of New Zealand in 2013. Caddy was a selector for the 2004 U.S. Women’s National Indoor Hockey Team. He holds a U.S. Level III coaching certification, the top level nationally.

Caddy is a 1999 graduate of the University of Wales, Swansea, where he earned a bachelor's degree in American Studies. He earned his master’s degree from Quinnipiac University in 2004.

While at Wales, Swansea, Caddy was a four-year field hockey sportsman, during which time Swansea was crowned champions of Wales in 1995-96 and 1996-97. In Caddy's senior season, Swansea earned silver medal honors at the European Club Championships in Hungary. Caddy received All-Wales First Team honors both his junior and senior seasons.

Caddy served as the head coach of the women's field hockey team at the University of Wales, Swansea, and the assistant coach of the Swansea City Juniors in 1998-1999.

During his time at the University of Wales, Caddy also spent a year in the United States as a volunteer assistant for the University of Massachusetts in 1999, when the Minutewomen advanced to the NCAA Tournament.

A native of England, Caddy currently resides in Mansfield, Conn., with his wife Kate, daughter Izzy and son Miles. 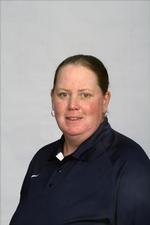 Revered as one of the top goalkeeper coaches in the nation, assistant coach Cheri Schulz finished her 21st season on the UConn staff in 2021.

Under Schulz’s tutelage, goalkeepers Nina Klein, Melissa Bostwick and Sarah Mansfield have earned All-America honors. She coached Klein to an NCAA-leading win percentage (1.000), goals-against average (0.68) and save percentage (.816) en route to the NCAA Championship in 2017.

The Huskies have consistently ranked among the nation's leaders in fewest goals allowed during Schulz’s tenure.

Schulz is actively involved in USA Field Hockey and the National Field Hockey Coaches Association. She presented with former UConn keeper Nina Klein at the 2019 NFHCA. Schulz was selected as a member USA Field Hockey’s women’s Junior High Performance staff for the 2020 program, working primarily with the U-16 and Rise Women’s National Teams.

Schulz was been involved with USA Field Hockey’s Futures program since 1996 and was the site director of the New York Central Region in 1998.

Schulz is also involved in the USFHA Futures Program. She has served as a coach in the program since 1996 and was named Site Director of New York State Central Region in 1998.

In Oct. 2004, Schulz was inducted into the Hall of Fame at her alma mater, Garden Spot (Pa.) High School.

Prior to UConn, Schulz served as an assistant coach at Providence for two seasons. The Friars advanced to the BIG EAST Championship game in 2000, eventually falling to UConn. Prior to Providence, Schulz was an assistant at Fairfield in 1998, helping lead the team to its first-ever Patriot League title.

A 1996 Syracuse alumna, Schulz was a four-year starter and held a 54-23-6 overall record. She was named All-BIG EAST in 1993 and 1995 and was an All-American selection in 1995. Schulz was also named the 1995 BIG EAST Tournament MOP. She is still the Orange’s record holder for career saves, save percentage, goals-against average, single game saves and shutouts. Schulz graduated from Syracuse with a bachelor’s degree in physical education in 1996 and served as a graduate assistant at her alma mater from 1996-98. 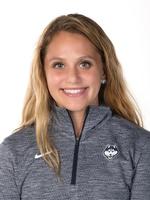 Chrissy Davidson completed her second season as an assistant coach for the Huskies in 2021.

During her tenure, Davidson has coached a pair of All-Americans (Sophie Hamilton & Jessica Dembrowski), a BIG EAST Offensive Player of the Year (Hamilton, 2021) and two BIG EAST Freshman of the Year (Claire Van den Noort (Spring 2021), Sophia Ugo (Fall 2021). Overall, she has had 11 All-BIG EAST performers during her time in Storrs.

Davidson earned 2014 All-America status during her senior campaign and represented the Huskies on the U.S. National team during her time in Storrs. The West Lawn, Pa. native was an All-Conference and All-Region selection during the Huskies' National Championship seasons.

Davidson totaled 37 assists and five goals in the 84 games she played at UConn.

After graduating from UConn ('15), Davidson worked one season as a volunteer coach at Temple University in 2016.

Since coaching at Temple, Davidson has worked multiple field hockey camps while getting her master's degree at Duquesne University. While acquiring her Master of Science, Speech Language Pathology, Davidson worked as an AAC Lab Student worker and a student research assistant. 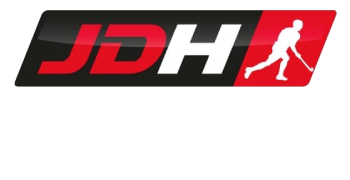 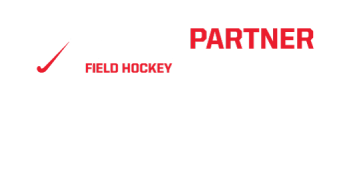